Did computer mice really have balls? 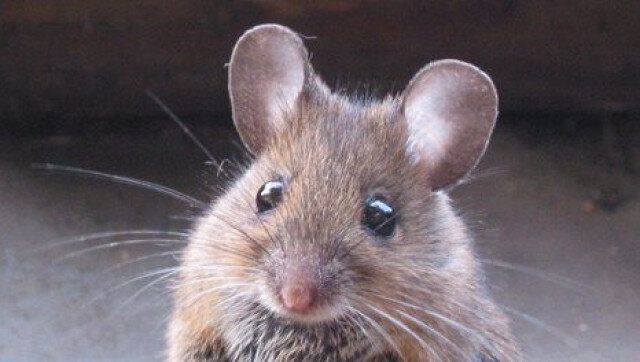 Back in the day, computer mouses (or mice) had balls.  And they had to be cleaned regularly.

Pick up any computer mouse these days, and look underneath.  You’ll notice, in most cases, that there is just a little red light and a complete absence of anything resembling a ball.

The modern mouse is an optical mouse, and usually has an LED underneath and uses a fancy technology called digital image correlation to figure out which way the mouse is travelling.

Back in the day, things were a little more mechanical.  But from memory, leather gloves were completely optional.

If you look at this mouse, you will notice something very unusual.  It has this odd round bit, that moves.  Yes, it’s a ball.  And the ball lives inside its’ own little enclosure, but can be easily removed.  And the reason for that will be revealed shortly.

The ball itself is surprisingly heavy.  That’s because it needed to be.  For the most part, mouse balls were more like a steel ball bearing covered in rubber.  These little balls feel very satisfying in ones’ hands.

Putting the ball aside, you can see inside there are a couple of tiny little rollers.  As you moved the mouse it rolled the ball which pressed against and moved the rollers.  It was these little rollers moving and turning larger discs, that told the mouse which direction the mouse was moving – like an x and y axis.  It also told the mouse how fast it was moving.  All of this was translated into your pointer moving elegantly across your desktop.  Quite a clever design.

But with almost any moving parts, things can get a little gunky.  As the ball was constantly touching the surface of your desk, it acted like a tiny little rubber sponge, and things would stick to it.  And the balls themselves would get a little bit grimy.  And the biggest issue with that, was that the balls were always rubbing up against the little rollers, which would then pick up the grime and get gunky too.  And once they got grimy, they would start to slip, or even stick.  And the mouse would start giving you strange readings, and the pointer would flail around and become out of control.

Once that happened, it was time to get ready for some delicate ball cleaning.

Once it was all clean, you could put your ball back, safe in the knowledge that it would be working again as expected.

Proper and regular mouse ball hygiene meant that your mouse would once again be the extension of your arm and mind that it was always meant to be.

Do you have a mechanical mouse? Do you practice proper mouse ball hygiene?  Let me know in the comments.